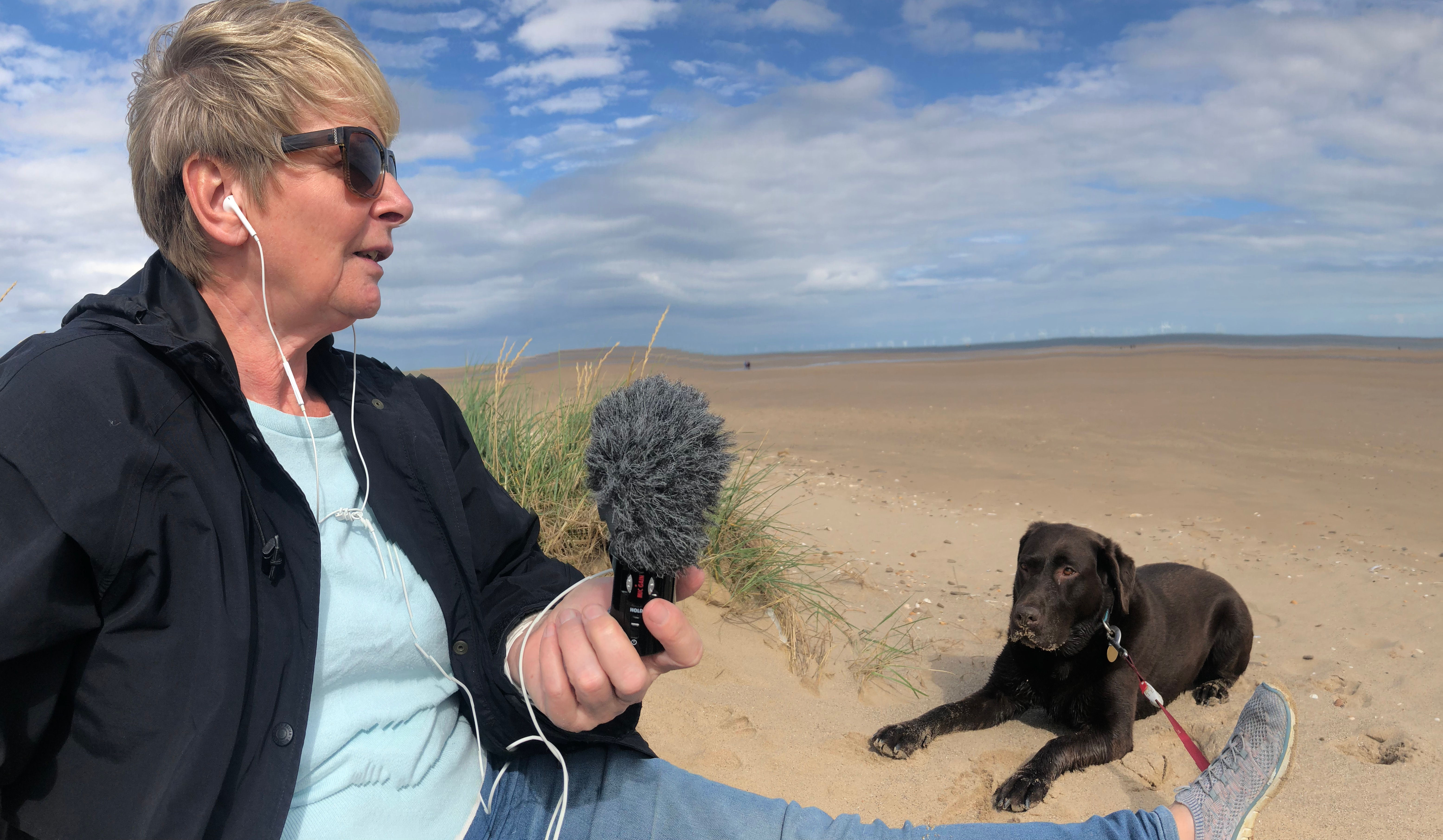 This audio-work by Hannah Nicklin is made for listening to wherever you like. It runs just under 23 and a half minutes, and is part poem, part memory, part windy day, part interview, part monologue, part walk along a beach with a dog in Lincolnshire.

When Tom Chivers invited me to undertake this small commission he talked about the theme of ‘edges’; of the land, of the cities and towns we live in, of time and place. He spoke to me at a time when I was contemplating a big change in my own life – that of moving countries – and this idea came to me immediately.

My mum did not easily get used to the idea that I would live in another country. That I can do so, so easily, is a great privilege. My move was (is) wrapped up and threaded together with the personal and the political. A Lincolnshire girl, living in Lambeth, London, preparing to leave the country because Brexit made it untenable for me to carry on my career in the UK. I would still be close. But I would also be much, much further away.

I decided I would interview her walking at Gibraltar Point, and make something from it. This is the kind of thing I do instead of talking about my feelings. I like to make art, sometimes, because it allows me to say what I need to say with a more rarified kind of air.

Under those big skies my mum and I have always talked about big ideas, and so we do here: of waters rising, environmental activism in the 70s and 80s, the lands that was, the sunken land that joined us to Europe (Doggerland), the politics of freedom of movement, and how at the edge of England, at the edge of our county, the land is constantly, falling, falling, falling, into the sea.

Big thanks obviously go to her, for listening and speaking with such gentle generosity, and fierce intelligence.

Hannah Nicklin is a writer, narrative/game designer & academic working at the confluence of video games, activism, & digital art. Her work is about finding the best forms & techniques to allow a story & its characters or participants to flourish in a compelling & original manner.
@hannahnicklin hannahnicklin.com