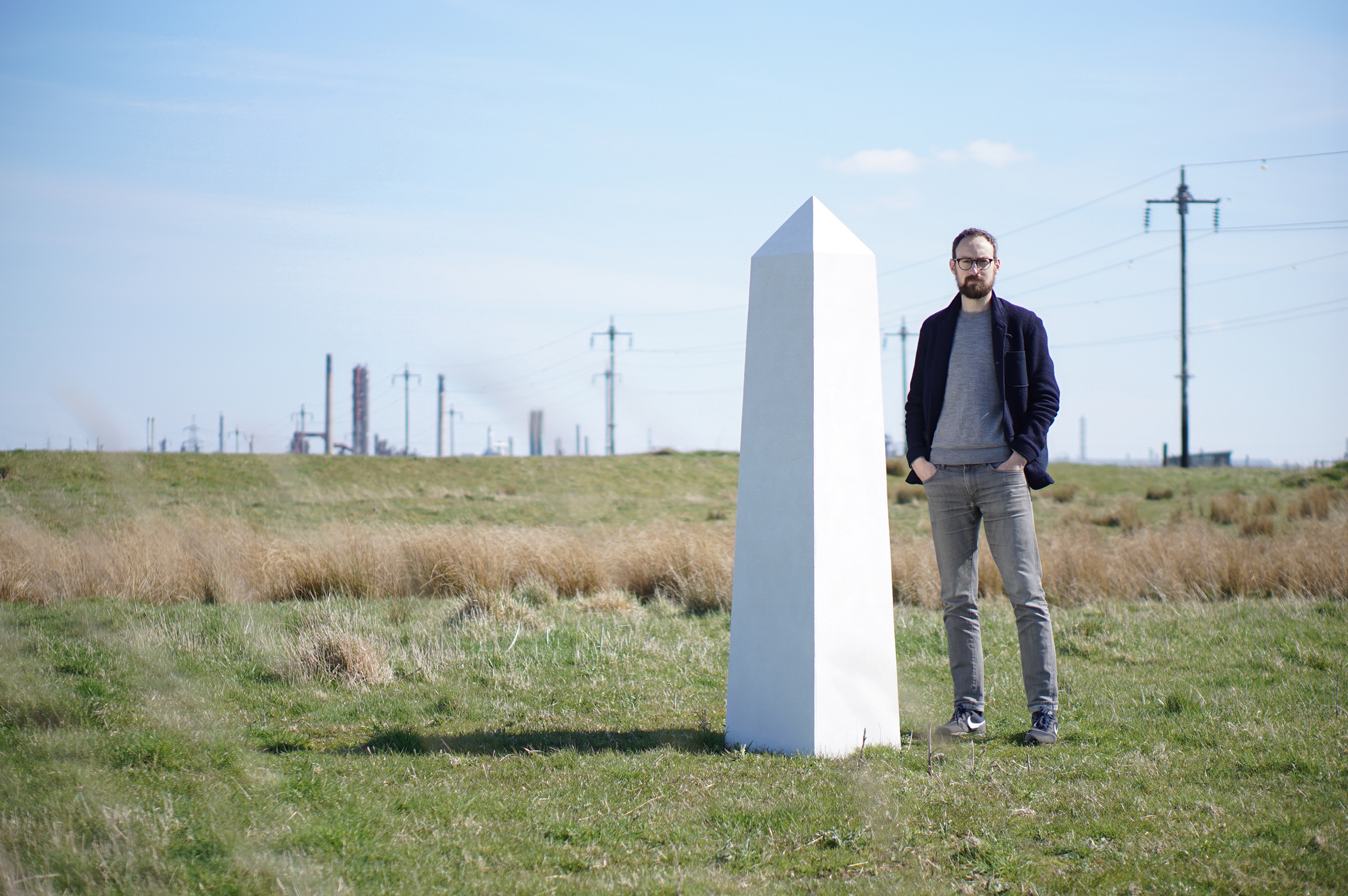 Brine Field was an installation embedded in the industrial landscape around Billingham, Teesside. Poems and sculptural monuments by Thomas Pearson set in the reclaimed marshland of RSPB Saltholme responded to the submerged histories of this remarkable environment. 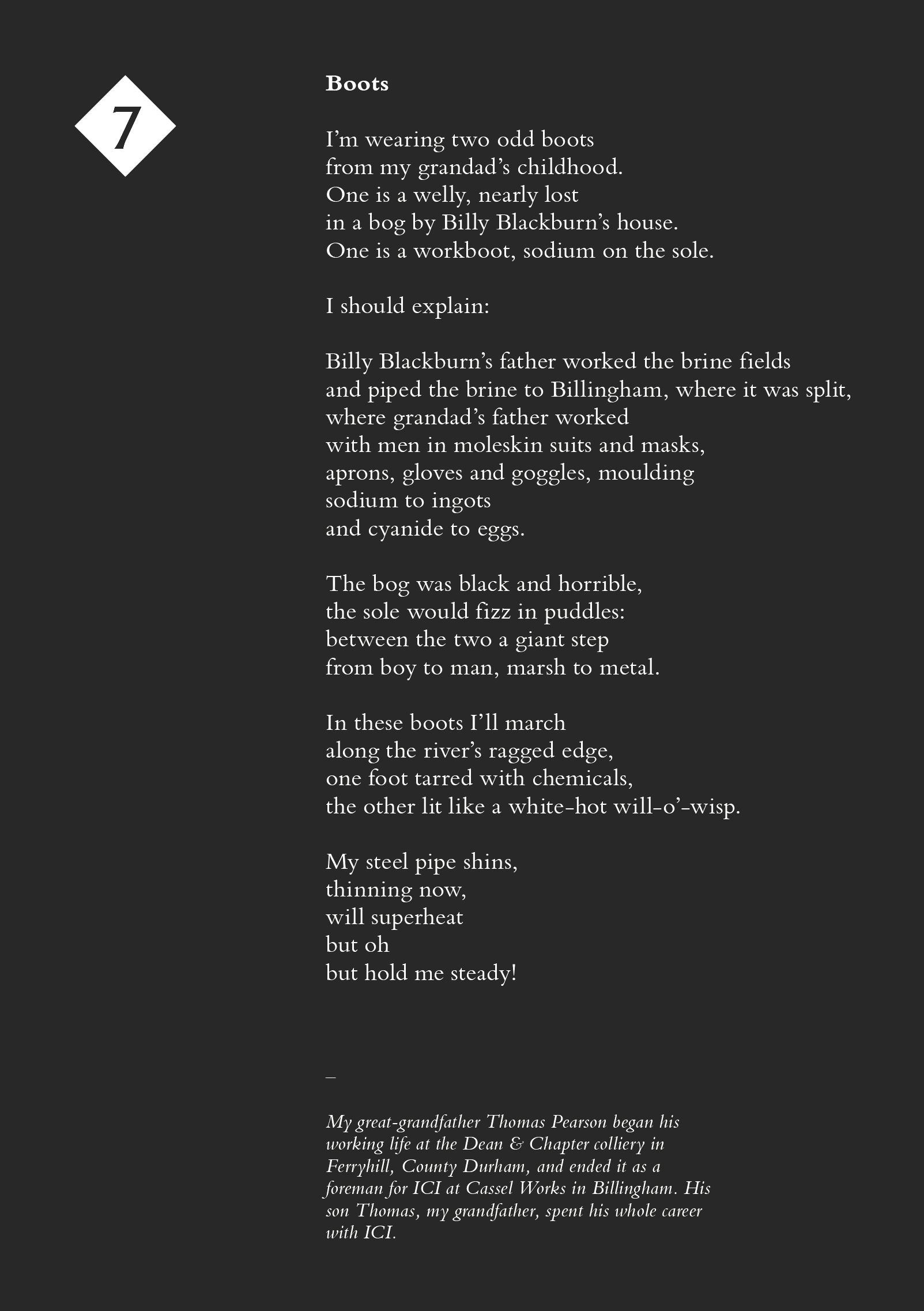 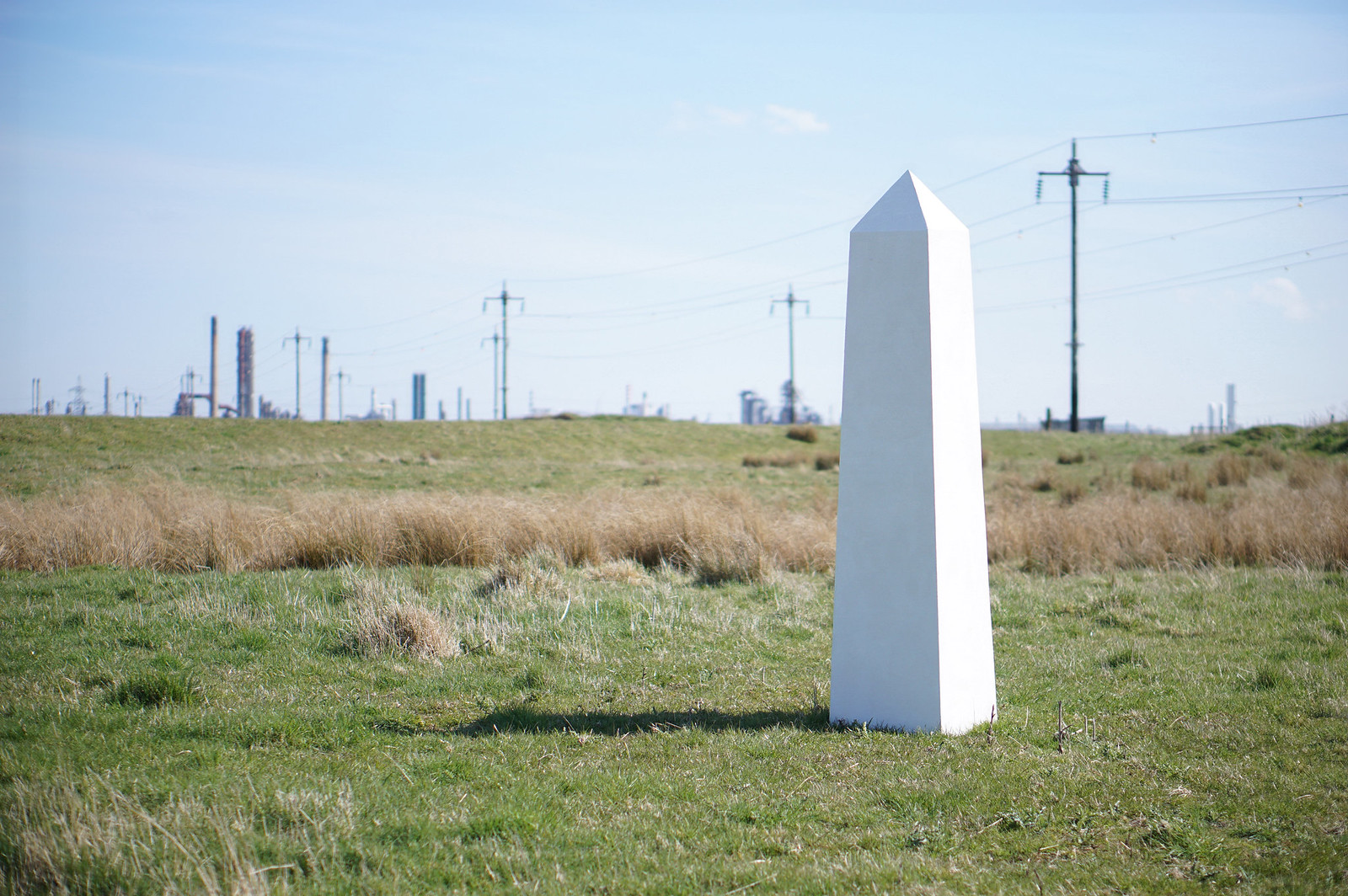 Thomas Pearson is a poet, musician, designer and architectural conservationist from the north-east of England, based in York. His work concerns history, buildings and places. His writing has been published by the University of Leicester, Block and the Architects’ Journal. His drawn work has been exhibited at the Royal Academy of Arts. Readings have included two solo poetry evenings at Eleven Spitalfields gallery and several poetry tours around the site of the hidden river Walbrook in the City of London. He has written and produced two albums of electronic folk songs. He was lead designer and heritage consultant, for Arup, on an award-winning project to refurbish the Engineering Building in Leicester, one of Britain’s most daring and provocative buildings (James Stirling & James Gowan, 1959-63; Grade II*).
nospinoza.co.uk

Commissioned by Penned in the Margins for Edgelandia. Supported by the River Tees Rediscovered Landscape Partnership, thanks to money raised by National Lottery players and awarded through the National Lottery Heritage Fund.