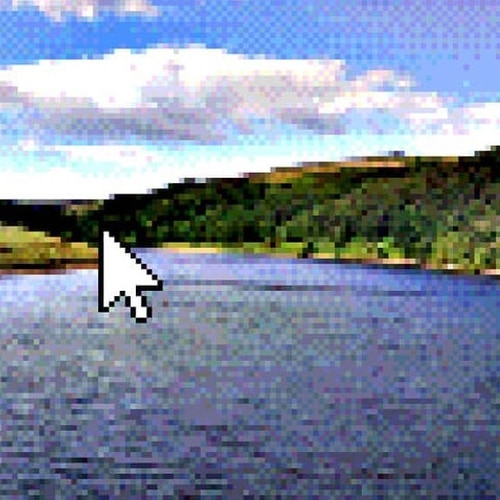 Projects | Walk With Me to Derwent

Walk With Me to Derwent

‘At certain times, very dry times, landmarks can reappear on the reservoir banks.’

Set in Derbyshire’s Hope Valley, Nick Murray’s point-and-click experience Walk With Me to Derwent transports you back in time to explore villages lost beneath the waters of Ladybower Reservoir. A poetic meditation on memory and loss.

For best experience open as full-screen

Between 1943 and 1945, the Ladybower Reservoir slowly filled with water. To facilitate the creation of this huge body of water in Derbyshire’s Hope Valley, two villages in the reservoir’s basin were evacuated. The inhabitants of Derwent and Ashopton were displaced to other local towns, or the nearby city of Sheffield.

Anything valuable or reusable was pulled out, but the buildings, the skeleton of the town, remain under the water to this day. I visited the area with the goal of finding the location of sunken Derwent. Despite the area being one of the most popular hiking sites in the UK, it is surprisingly difficult to pinpoint where the town actually was. By following historical accounts, faded photographs, and the stories of local inhabitants, I followed the reservoir to the point where I believed Derwent to be.

The reservoir has become a spectacular ‘natural’ attraction, though manmade, and the village was reclaimed by nature, though by human interaction. The buildings still exist, and the residents went on to live lives elsewhere, but the village itself has become the smallest footnote in the occasional walking guide. By embarking on this project I wanted to explore that space between memory and progress, where loss shifts between being a physical thing and an internal yearning.

Nick Murray is an writer, artist and composer working in performance and digital spaces. He uses his work to investigate loss and memory in physical and digital environments, playing with site-specific installation, game and sound art. His interactive work has been shown at Somerset House and reviewed by Motherboard.
nickmurray.horse   @terratrouve

Huge thanks to the residents of Bamford who met with me to discuss the area, especially Kath Hearnshaw, Chair of the Bamford Historical Society, and Don, who I really met in the churchyard entirely by chance that day.

The two folk songs present in the game are called ‘The Derbyshire Miller’ and ‘The Derby Ram’. Both were found in The Ballads and Songs of Derbyshire by Llewellynn Frederick William Jewitt (published 1867). Played on viola by me.